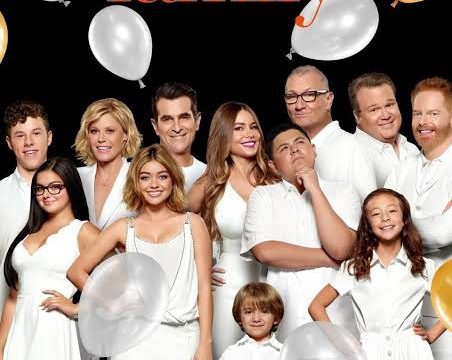 Television: What to Expect this August 2020 on Netflix

This month on Netflix you can expect a wide variety of fun-filled entertainment! Hosted by the hilarious Steve Harvey, Family Feud South Africa is making its way to Netflix this August. Jamie Foxx & Joseph Gorden-Levitt star in the action-packed blockbuster, Project Power and The devil himself returns for Season 5 of Lucifer. All this and more on Netflix!Local is lekker

In this iconic game show, two families compete to name the most popular responses to gathered survey questions in order to win cash and prizes.

An ex-soldier, a teen and a cop collide in New Orleans as they hunt for the source behind a dangerous new pill that grants users temporary superpowers.

It’s an interactive Kimmy special! Kimmy’s getting married, but first she has to foil the reverend’s evil plot. It’s your move: What should she do next?

Based on the headline-making crime, socialite Betty Broderick hits a homicidal boiling point during a bitter divorce from her unfaithful husband.

Can a cold-blooded killer, sentenced to death for a brutal murder almost 30 years ago, reintegrate into a society they barely know?

Three different but related families face trials and tribulations in their own uniquely comedic ways.

The story behind Detective James Gordon’s rise to prominence in Gotham City in the years before Batman’s arrival.

The Governor is the riveting tale of Angela Ochello, the Deputy Governor of Savannah State, who with no governorship ambitions finds herself suddenly entangled in a web of political intrigue after the untimely death of the incumbent Governor. As audiences embark on this journey with Angela, they get to see how, with the help of her trusted Chief of Staff, she learns how to maneuver through the rough and shark-infested waters of politics whilst balancing the demands of her matrimonial home.

Introducing the perfect African Cinderella story. The happy life of a young lady encounters a sudden turn of unpredictable events that will shape her life forever and lead her to finding true love. This is a gripping fairy tale of how love conquers all with an African twist.

Three years after the Jurassic World theme park was closed down, Owen and Claire return to Isla Nublar to save the dinosaurs when they learn that a once dormant volcano on the island is active and is threatening to extinguish all life there. Along the way, Owen sets out to find Blue, his lead raptor, and discovers a conspiracy that could disrupt the natural order of the entire planet. Life has found a way, again.

Ojo’s in D’ House is a hilarious sitcom set around the Shenanigans of a middle class Lagos family and all Mrs. Ojo seems concerned with is keeping up appearances.

A wealthy New York City investment banking executive, Patrick Bateman, hides his alternate psychopathic ego from his co-workers and friends as he delves deeper into his violent, hedonistic fantasies.