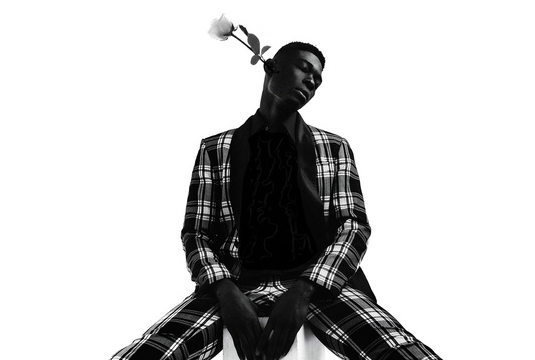 Here’s To The Crazy Ones. There’s something incredibly sexy about following a route you’ve carved for.

“ Here’s to the crazy ones. The misfits, the rebels, the troublemakers. The round pegs in square holes. The ones who see things differently. They are not fond of rules, and they have no respect for the status quo. You can quote them, disagree with them, glorify them or vilify them. About the only thing you can’t do is ignore them. They push the human race forward. And while some may see them as the crazy ones, we see genius. Because the people who are crazy enough to think they can change the world are the ones who do.”

If only. If only I had the valour, I would have Craig Tanomoto’s beautiful words inked on my mahogany back in bold. These are words used as the voice over for a classic black and white Apple Think Different TV commercial. These are words I pray to at the altar that is my brain. See it ain’t no stroll in the park, but I try to live every day by this mantra coz I truly believe each and every penned word and this belief stems from the fact that I can see and feel the honesty in this prose. That’s probably, no, that’s definitely because I ride roughshod over everything that’s supposedly “cast” in stone.

I only prescribe to the 11th commandment . . . what’s it again? Even my own memory protests with a placard that reads, “ I CHOOSE NOT TO REMEMBER!”

There’s something incredibly sexy about following a route you’ve carved for, taking the road less travelled, as it were. The thing about this brother is that I’ve never felt comfortable with fitting in. I’ve always been like that. It never bothered me, but it seemed to have everyone around me all hot and bothered. That’s probably why I think I joined the creative side of life. I thought I would be with like-minded peeps who weren’t really like-minded but were kinda like-minded, if that makes any sense at all. It made sense when I was punching away at my keyboard.

But alas, the irony of it all rears its grotesque head. The disappointment of realising that I now feel like the spawn of sameness. Everyone is dressed to the nines in the same penguin suit. Every horse drinks from the same river. Every bitch has the same bloody effen day. Every heifer will provide the same milk. Can you even begin to fathom the disappointment that pricked my left testicle? Bloody hell! I’m done! Put a fork in my left eye and turn it anti-clockwise seven times.

That’s the teething problem about our beloved creative industry. We’re summoned to study international creative trends. We are told we must be different from everyone yet the same. Yo, where the hell is my Prozac at? Can I have my refund, please? I think I’m in the wrong amusement park.

It certainly astounds me how in a world where life presents itself in a kaleidoscope of possibilities, most opt to go against the grain and choose between night or day. After all the latter are clearer, surely? Choices, choices.

Creativity is my drug of choice and my dealer is never out of supply. I get hit after hit, after hit, groping my mind’s third eye for that elusive idea. THE ONE. I won’t stop getting my fix until that elusive idea KO’s me to a point where I see stars. For me, that’s the adventure of it all, finding my way through this maze. I will know that I made it to the other side after having attempted 5 thousand million billion trillion routes that led to this almost perfect space, what with all the trials and tribulations, hallucinations, mirages, maybes, could’ves, would’ves, should’ves.

Randomness for me is the inventor of all things unimaginable, you feel? See the imagination is that space where genius roams free. In randomness, there ain’t no judgment, no gawking eyes, no gasps, no mutterings, no side-bars. None of that bull-shit, just puzzle pieces being carefully and slowly put together to create the wonder of the unknown, the immaculate conception of an untainted idea, the virgin idea; that which has never existed before.

And it’s when you are in this zone you should not care what the riff-raff have to say. Tell the peanut gallery, to wait in line with their rusty 2c worth. Coz at this point, you’s trying to figure out what the hell be going on in your own dome. Why, out of nowhere, does it feel like life’s absurdities make life feel like life has existed far longer than life itself?

Don’t worry, I wasn’t dropped as a child, I just have lots of question marks doing push-ups on my brain, nothing to see here. I’m what most would label abnormal.

But to me, what the world deems abnormal is what makes life feel like Pleasantville. I’d rather be a lodger at this village. I don’t wanna wear no suit and tie and  two-toned pointy shoes for the cause of trying to be normal. I’d rather wear my birthday suit to my 9-5, and watch the normal ones gasp for air, and the old cronies suffer mild heart attacks. The young black ladies will surprisingly turn red at the exposure of my third leg that they need go find a job where they get to stamp something. Coz when the black sheep starts blending in with the flock, it could only mean one thing and one thing only; the black sheep refused to live every day like it was its last.

And you know what that means right? This black sheep never failed in life because it never ever tried anything new. It lived life safe, content with being the run of the mill.  Not wanting to ruffle any feathers. Who would want to do that? After all, nobody likes a troublemaker.