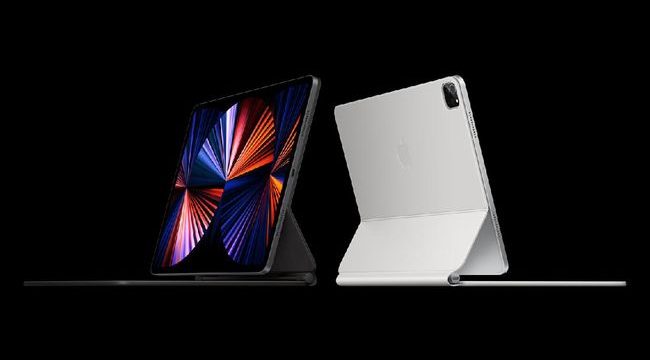 Apple has unveiled the 2021 iPad Pro, its most powerful tablet and the first from the company to feature a mini-LED display. The premium device was revealed during Apple’s first product launch event for the year, dubbed “Spring Loaded”. Apple said the iPad Pro 2021 offered 50% better performance than its predecessor thanks to its M1 chip. “The addition of the Apple-designed M1 chip delivers a massive leap in performance, making iPad Pro the fastest device of its kind,” Apple stated. Claimed improvements include 75% faster CPU speeds and 40% faster graphics performance than the 2019 iPad Pro, as well as two times faster storage. The Cellular version of the new tablet is also the company’s first to boast 5G connectivity, offering up to 4Gbps network speeds in ideal conditions.

However, this time around the larger model features a Liquid Retina XDR display which uses a Mini-LED panel instead of a conventional LCD panel.

Instead of the single or only a few LED backlights, mini-LED displays boast thousands of smaller LEDs measuring at most 0.2mm.

These allow the display to deliver deeper blacks, higher brightness, and better contrast, making it great for viewing HDR content.

However, it should not be confused with Micro-OLED technologies such as Samsung’s AMOLED screens, which have individual LEDs for each pixel.

For taking photos and videos, users get a 12MP main camera and 10MP ultra-wide lens on the rear, supporting 2x optical zoom and 5x digital zoom.

The front sports a 12MP TrueDepth ultrawide camera which can automatically focus on subjects as they move in a picture.

This system supports 4K video recording at up to 60fps.

In addition, it allows for output to additional monitors, super-fast storage, and a range of Thunderbolt peripherals.

Both models are available in Silver and Space Grey colours.

The iPad Pro 2021 will be up for pre-order in the US from 30 April, with general in-store availability slated for the second half of May.

Below are the specifications and images of the 2021 Apple iPad Pro.